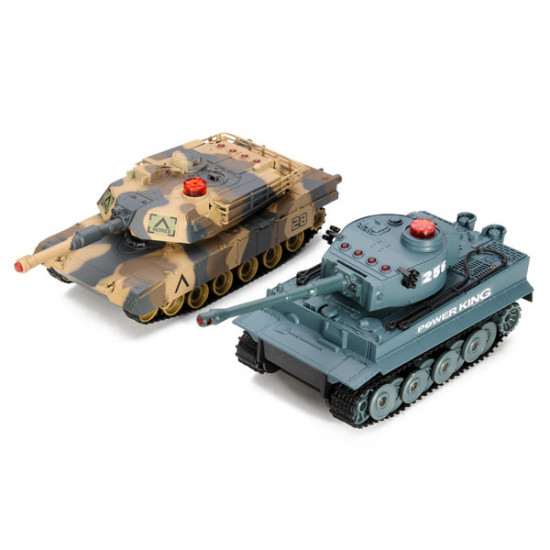 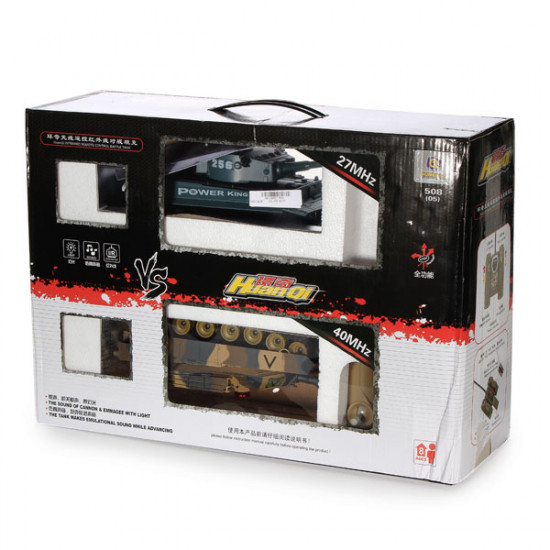 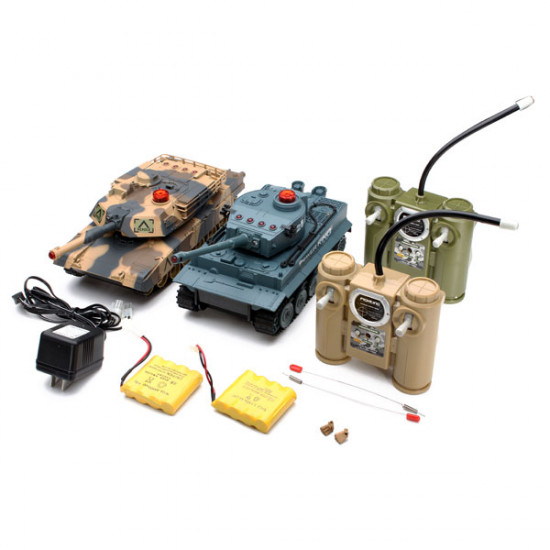 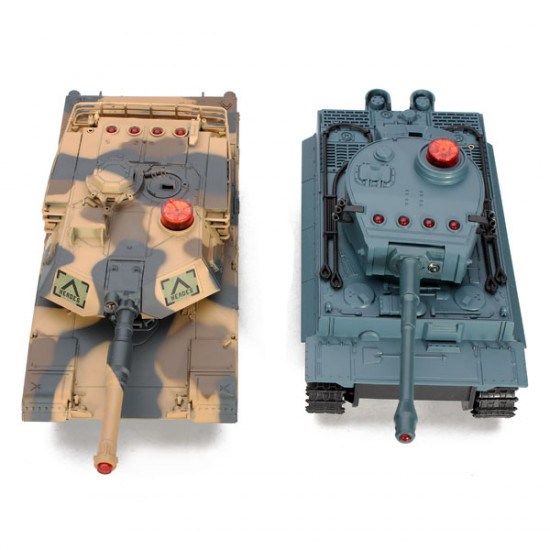 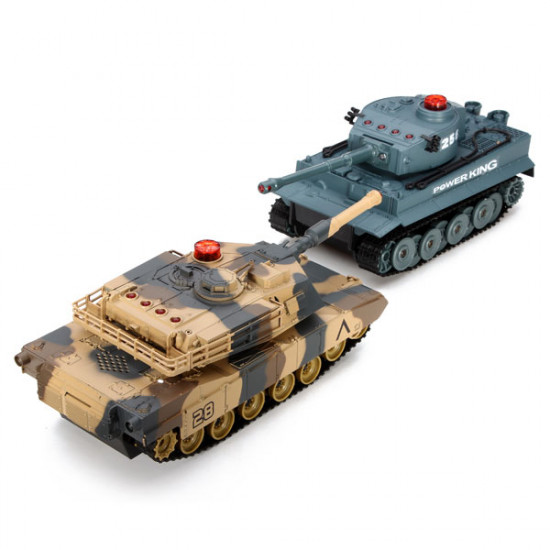 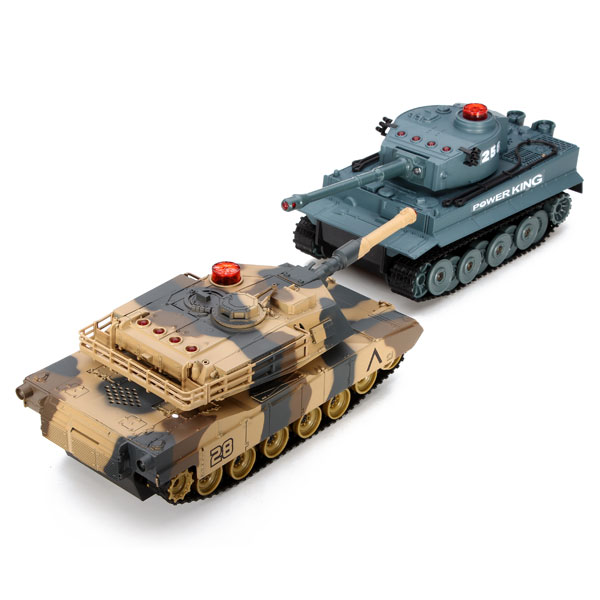 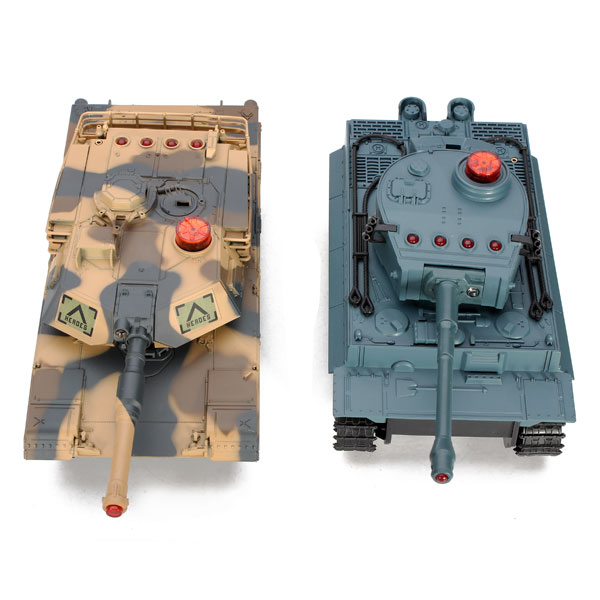 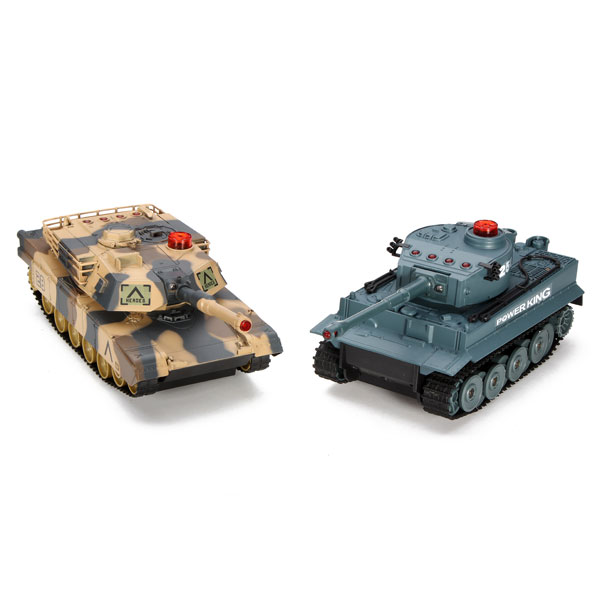 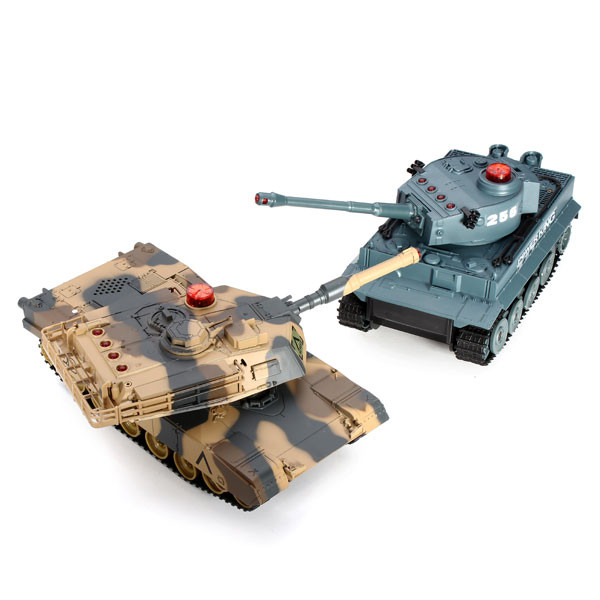 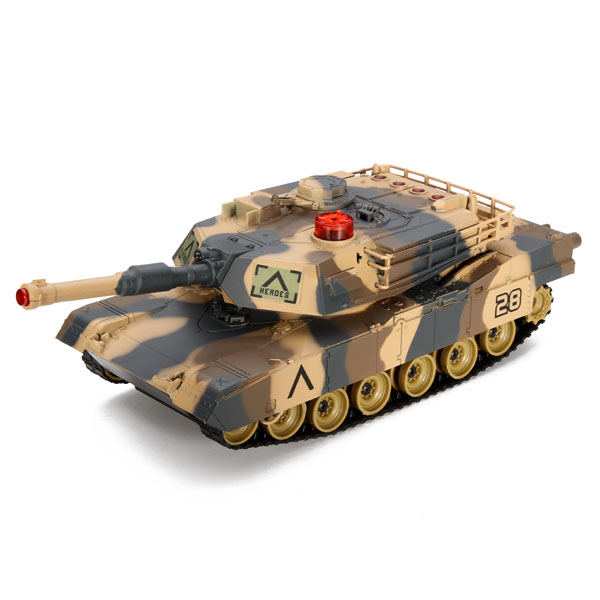 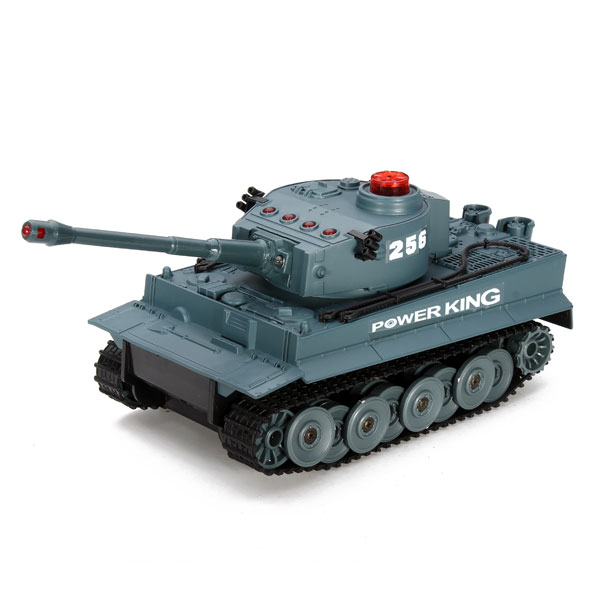 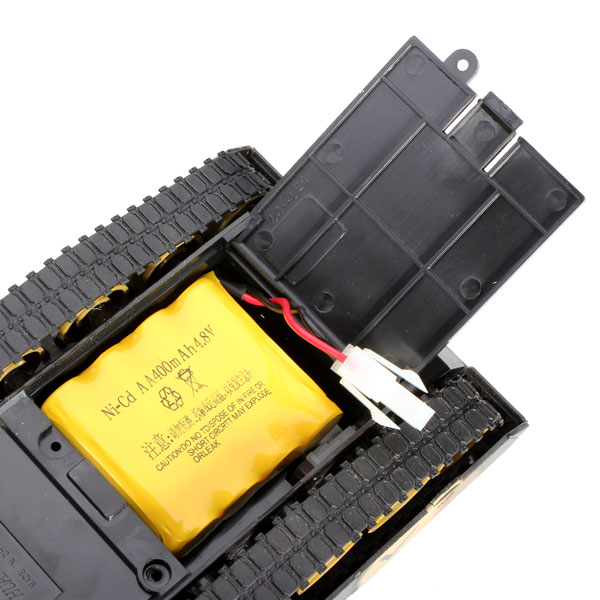 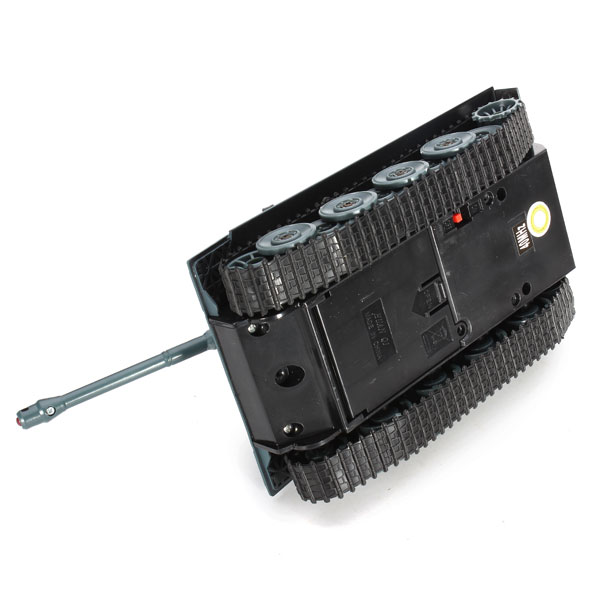 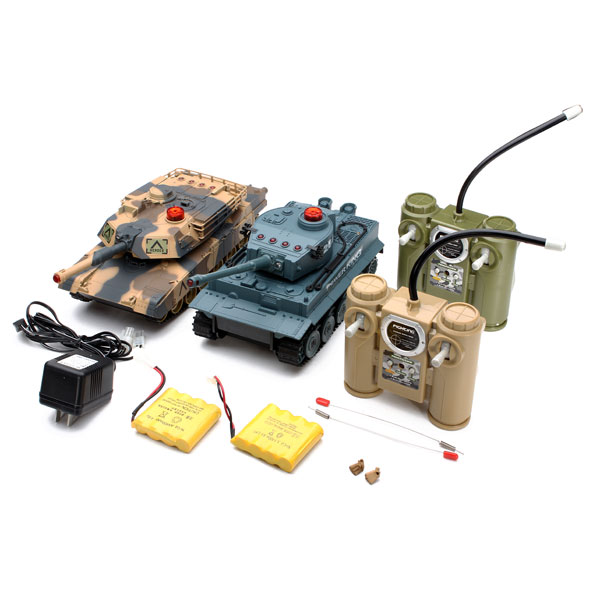 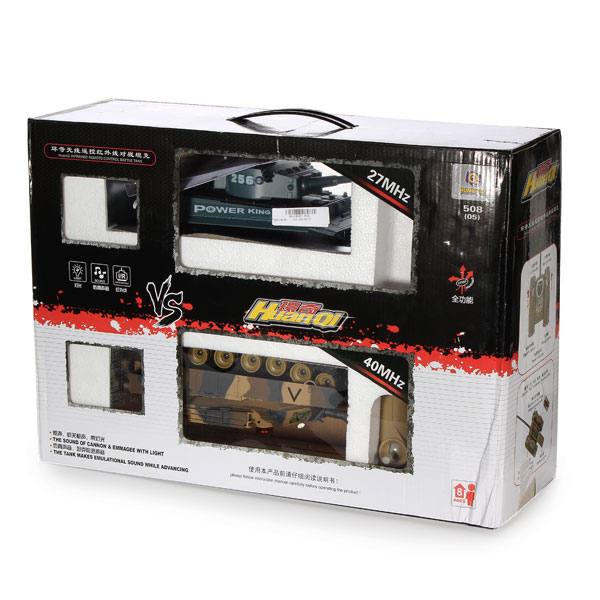 Description:
These are HuanQi electrical infrared rc battle tank 2 pieces,they're different frequecies,so you can play them with your partner.It's equiped with infrare scanning,you can set a game to play,every tank has 4 lives a round,the one who lives wins.
tank size:290 x 130 x 100mm
weight:1978g
remote control distance:around 10 meters
battle distance:around 3 meters
charging time:8 hours for first use,then 3-4 hours
frequency:27MHz/35MHz  or 40MHz/49MHz
battery:4.8V 400mAh Ni-cd battery
suitable battery for remote control(not included):2 x AA battery
charger:two connectors,can charge two tanks at the same time
How to play?
1.Turn the remote control on,the tank will start,press the power button again,the tank will turn off.The other functions can work after four life indicator lights are all on.
2.Press the turn left/right button of the turret,and the turret will turn left/right.
3.When the tank starts,press the fire button,it'll fire and sound like cannonball.Press the turret turning button and the fire button at the same time,it'll fire like a machine gun,so will the noise.
4.Move both the hand shanks in the same direction of left and right,it'll move forwards or backwards,in different direction it'll spin.
How to fight?
Turn on two tanks,shoot the other tank by its gun barrel,if being shot by cannonball once(or machine gun five times),it will scream and flash,one of the life indicator lights will be off,it won't move(means being defeated) until all of the lights are off.
Functions:
1.The tank will be on quietly if press the power button and fire button at the same time.
2.The tank will work on itself if no signal from remote control over 10 seconds.
3.The tand will turn off itself if no signal from remote control over 4 minutes.
(PS:The head light of the blue tank can't be on,only the yellow one can.) 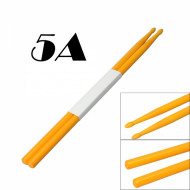 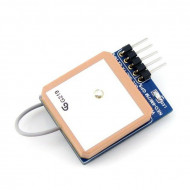 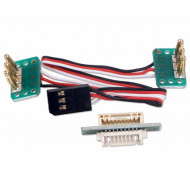 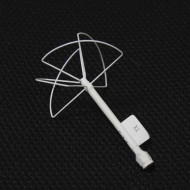 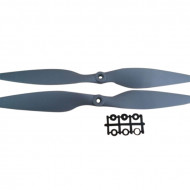 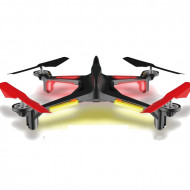 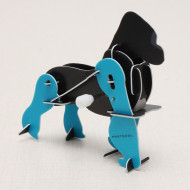 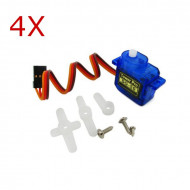